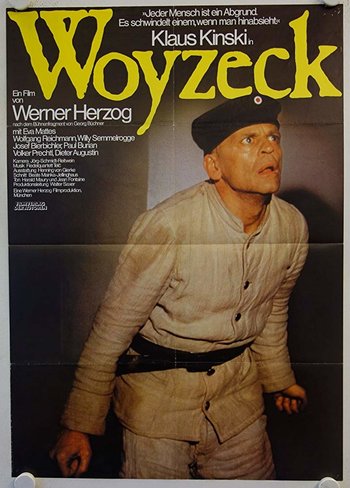 Franz Woyzeck is a soldier with a child out of wedlock. To help make his living, he does odd jobs for his commanding officer and participates in "medical" experiments. He's gone completely crazy — seeing apocalyptic visions everywhere — but no one seems interested in that. When his wife, out of a mixture of boredom and hopelessness, begins seeing a Drum Major, Woyzeck lashes out.

Tom Waits and Robert Wilson have written a Rock Opera based on the play, the songs from which were featured on Waits's album Blood Money. Waits' song "Children's Story" from Orphans: Brawlers, Bawlers & Bastards was also lifted from "Woyzeck".