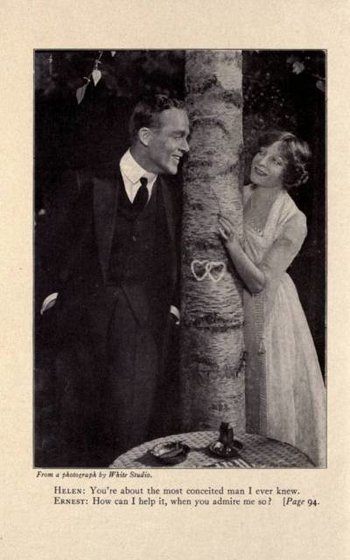 Why Marry? is a 1917 play by Jesse Lynch Williams. Helen, older daughter of an otherwise unnamed family, is a research assistant to bacteriologist Dr. Ernest Hamilton, who has done pioneering work in fighting infectious diseases. Helen loves Ernest and Ernest loves her, but she thinks that marriage would get in the way of both of their jobs and he doesn't make enough money to support them, so neither of them will admit their feelings.

Helen's brother, domineering family patriarch John, is determined to keep Helen and Ernest apart and just as determined to marry off his other sister Jean to Rex Baker, a rich suitor—even though neither Jean nor Rex really love each other. John for his part is married to Lucy, a typical subservient early 20th-century wife who eventually reveals herself to be deeply unhappy. John's uncle Everett, a judge, is himself getting divorced, with his wife Julia off in Reno to get the decree.

Why Marry? presents a view of marriage and gender politics that is startlingly modern for 1917. It won the first Pulitzer Prize for drama. Can be read here