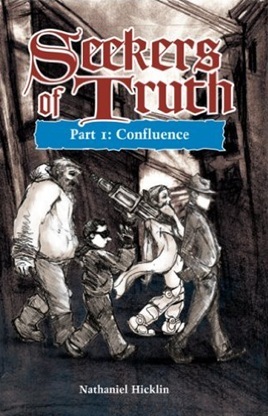 "Crime. It is the unfortunate byproduct of modern civilization. And as our city has expanded in the past decades, so the crime rate has expanded tenfold, far exceeding the abilities of law enforcement. It seemed that there could be no stopping the criminal element in Sundance City from conquering the streets, and one day our homes, schools, and workplaces. But in the last few months, a new force has arisen to combat crime."
—Drake Ellison, Sundance City News at Noon
Advertisement:

A series of urban fantasy adventure books about eight people with special abilities whose lives become intertwined as they come together to fight evil in Sundance City. As the series progresses, their roles in the team become more solidified, and they learn more about the forces that brought them together, until the finale, when they learn how truly interwoven their lives are.

The eight characters are (in order of appearance):

Not affiliated with the Sword of Truth series.