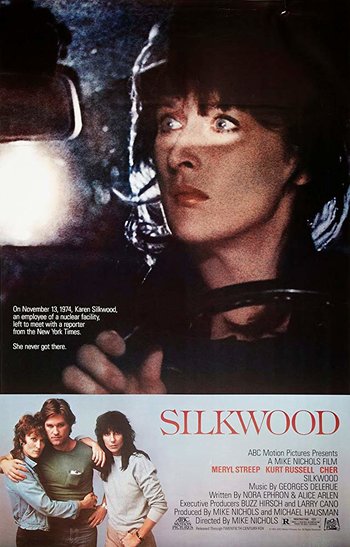 Silkwood is a 1983 American biographical drama film directed by Mike Nichols and starring Meryl Streep, Cher, and Kurt Russell, with a screenplay by Nora Ephron and Alice Arlen.

The film centers on the life of Karen Silkwood, the nuclear whistleblower and labor union activist and her struggle while investigating alleged wrongdoing at the Kerr-McGee plutonium plant in Oklahoma, where she worked alongside her friend Dolly Pelliker (Cher) and her boyfriend Drew Stephens (Russell).