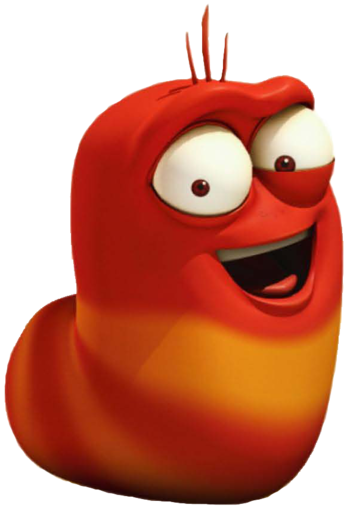 An red larvae in the titular duo and is one of the main characters who is full of pride and easily irritated. So don't try to mess with him! He is always pulling mean jokes on Yellow and others. But somehow finds himself in trouble in the end. 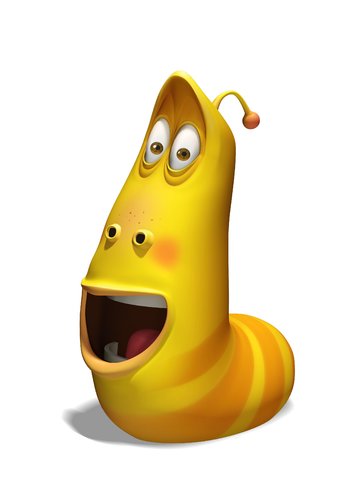 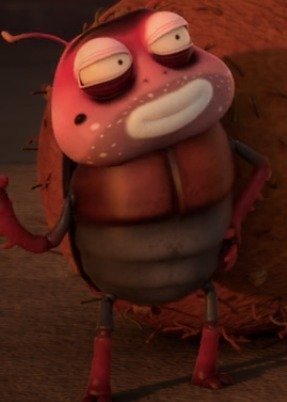 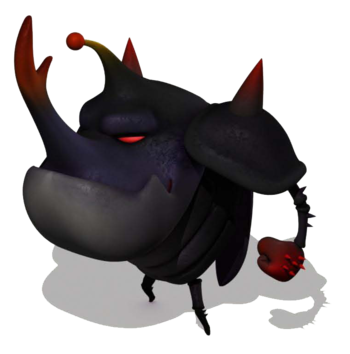 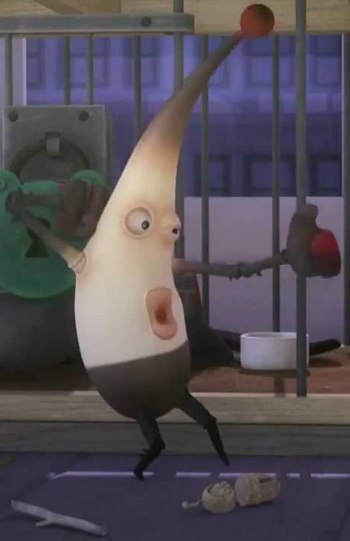 Incredibly strong, Black is a beetle with a dreadful fist that shows herculean strength. After Season 1, he's like an older brother to Yellow and Red. He doesn't bully the Larva anymore, unless he's provoked. 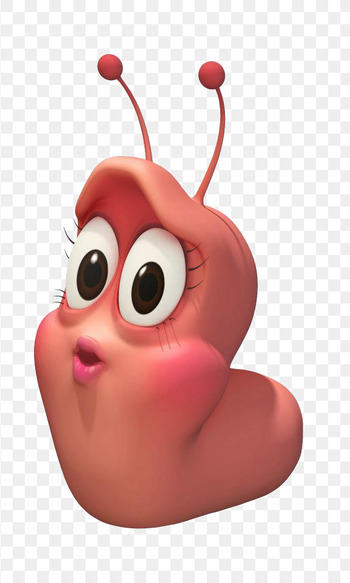 Violet is one of the villains in Larva.

Ivory is one of the acquaintances with the main characters in Larva and is a stick bug with brown skin and has a very thin body. His girlfriend is Cocoa. 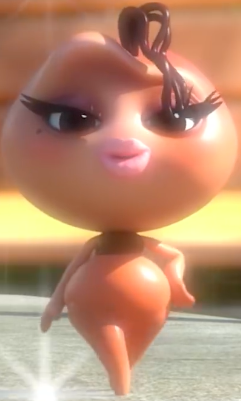 Cocoa is one of the acquaintances with the main characters in Larva and is a stick bug with brown skin and has a very thin body. His boyfriend is Ivory. 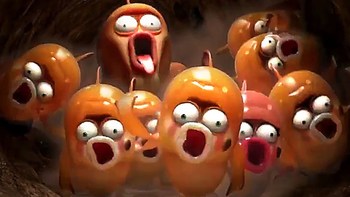 The mudskippers that live in the underground of the sand in the island Chuck lives in. 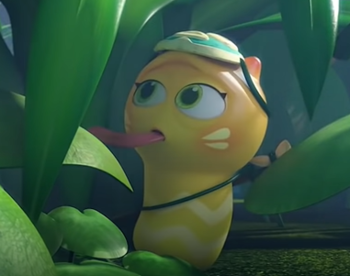 Mango is an larvae Red falls in love with and befriends with the main characters in Larva of season 5 and is. When she first meets Red, she couples with him.

A folder reserved for characters who technically don't reappear after season 1 to 2, but have done some crossovers after season 1 or have some tangential connection with it.

Blue is an blue and swirly-eyed housefly who is one of the many acquaintances with the main characters in Larva and lives in the sewers.

Rainbow is a snail who seems like a typical snail, but is shown to be an muscular and speedy snail underneath his shell.

Navy is a deep-sea-fish that appears when the sewerage is sunk. He originally appeared as a goldfish, and now try eating them (which encounters other fishes) and this was never explained by the way. When Red and Yellow threw him into a sardine can full of warm water, he changed into a deep-sea fish which is often seen whenever the sewer floods. He has a good enough appetite to eat up caterpillars and other insects.

Green is a carnivorous plant which eats up anything on the ground. In season 1, he is an enemy to all insects because he tries to swallow the other insects when he encounters them.

Bee is a hardworking bee with average intelligence who is usually provoked by the greedy, gluttonous larvae duo and responds to them in fury.

Maroon is a dachshund who wears a blue and yellow sweater and appeared in season 2. He usually attacks when he sees moving things.

Mite is a baby light-green mite who Yellow initially adopts, but turns out to parasitically prey on Yellow and the others. Then Yellow left him in a zoo. 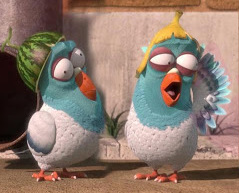 The Silvers are a duo of birdbrains who wear cut ends of fruits on their head (Yah-Silver wears the Banana peel and Uhh-Silver wears the empty Watermelon that was cut in half on top of his head) and have these since their mother placed them on since their bald heads are shiny to a dangerous degree and appeared in season 3. 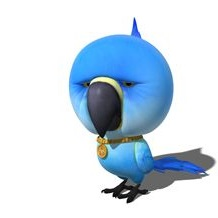 Prussian is a blue parrot that is a predator to the titular caterpillars and observes other friends and gives a sardonic laugh before attacking. He first appeared in season 2. 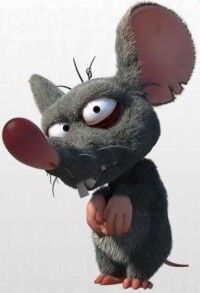 An rat who is an enemy to all caterpillars and insects in the 2nd season. He first appeared in season 3. 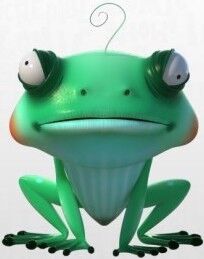 Frog is a frog which often appears in the sewer, is sensitive and tries to monopolize all power by eating insects and larvae. He is several times bigger than other normal frogs. He escaped from sewer and went into the house where Red and Yellow lived in a season 2 episode. In season 3 he lives in the sewers again. 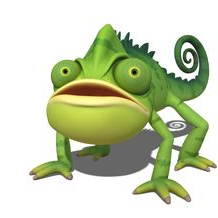 A chameleon appears intermittently in various areas of season 2, such as the living room, bathroom, rooftop, and even bedroom; he suddenly appears and attacks Red and Yellow without reason. 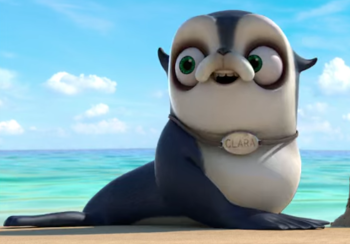 Clara is an seal who's as loyal as a dog to Chuck and is the only one who can only speak to Chuck in season 5. 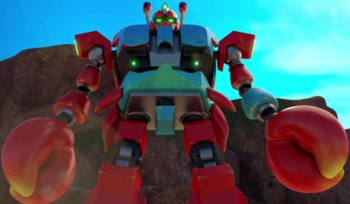 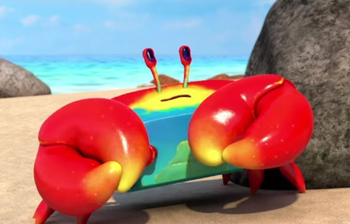 Crabsformer is a crab that accidentally ate an unknown object that turned him into a robotic crab. He has a crush on a lady crab, however she and the other crabs are scared of his powers. This character appears in season 5.

Booby is an Blue footed booby bird. He met the larvae when they landed on his island in season 5. 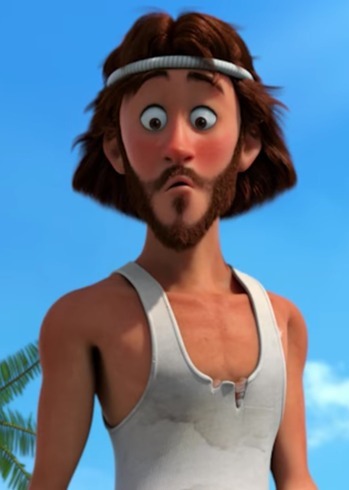 Click here to see his appearance when back to normal 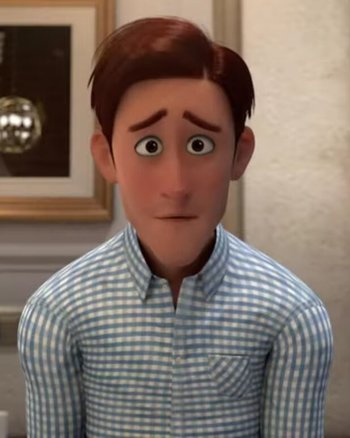