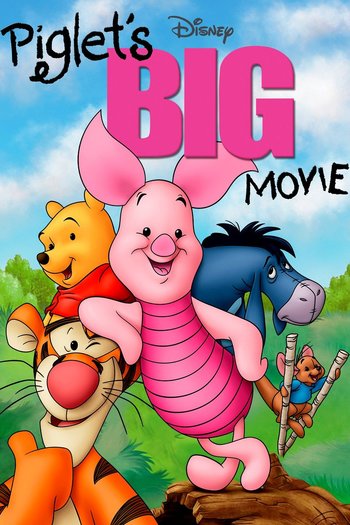 Piglet is dismayed when he feels that his friends are disregarding and excluding him from their activities thanks to his small size and supposed uselessness. However, when Piglet goes missing after the gang ignores his latest contributions, the group realizes that Piglet is a vital part of their family. They find Piglet's scrapbook of hand-drawn memories of various stories (which are new adaptations of A.A. Milne's stories) in which they realize Piglet played an unsung, but important part in. Realizing Piglet's importance to them, the group races through the Hundred Acre Wood to try to find their small friend.

Yes, Piglet. It's the least we can do for a very small Piglet...who's done such very big things...Thank you, Piglet.

Pooh and the gang sketch moments when Piglet helped, and the animation is shown through the doodles.

Pooh and the gang sketch moments when Piglet helped, and the animation is shown through the doodles.