Film / Sierra Burgess is a Loser 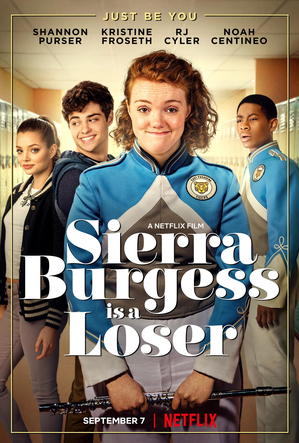 Sierra Burgess is a Loser is a 2018 teen Romantic Comedy based on Cyrano de Bergerac. It was directed by Ian Samuels and stars Shannon Purser, Noah Centineo, and Kristine Froseth.
Advertisement:

Sierra Burgess (Purser) is an unpopular high-schooler who is struggling with self-image and college applications. When handsome, kind jock Jamey (Centineo) starts texting her, believing her to be head cheerleader Veronica, he and Sierra strike up a correspondence. Desperate to keep up their budding flirtation, Sierra strikes a deal with Veronica — if she helps Sierra continue to talk to Jamey, Sierra will tutor Veronica so she can win back her college boyfriend, Spence.

The film was released internationally on Netflix on September 7, 2018.