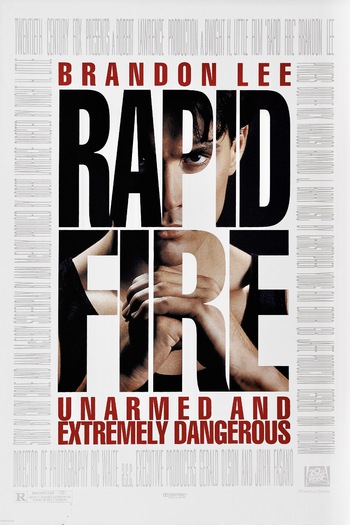 A 1992 action film directed by Dwight H. Little and starring Brandon Lee as Jake Lo, a Chinese art student scarred by witnessing the killing of his father in the Tiananmen Square massacre who wants nothing do with politics while he's living and studying the US. But he's brought to a party by pro-Chinese democracy activists... where he witnesses a Mafioso drug dealer killing the holding the party. Fisticuffs ensue. And Jake has to go into protective custody...