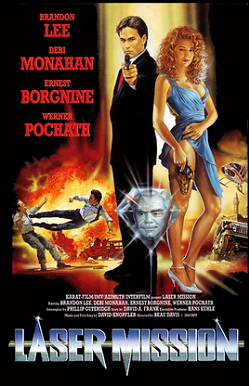 A giant diamond has just been stolen. If combined with the expertise of the laser expert Dr. Braun, it could be turned into a weapon of phenomenal destructive power. Who will get to Braun first — the American mercenary Michael Gold, or the ruthless KGB colonel Kalashnikov?