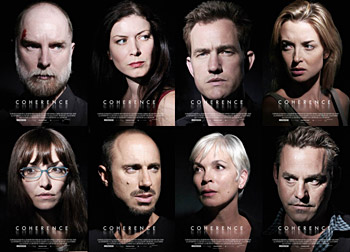 "Here's to the life that we do lead."
Advertisement:

On the night a comet is passing near Earth, a dinner party takes an odd turn. When the power goes out, eight friends discover that the only house on the street left with power also holds many secrets.

Due to the Mind Screw nature of the film, quite a few spoilers have been left unmarked.