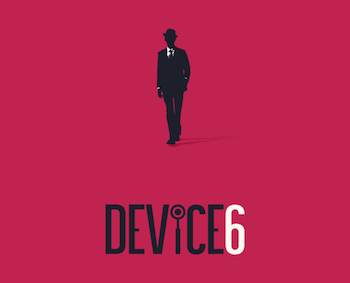 Anna wakes up seemingly alone on a rather large island with little recollection of how she got there. All she remembers is a rather unpleasant doll. Has she been kidnapped? Is this some prank? Is Mr. Cargill in on it?

Device6 is an iOS Interactive Fiction game made by Simogo

in 2013. It primarily uses text with some pictures and audio to give hints and tell the story of Anna.

Device6 contains examples of these tropes: