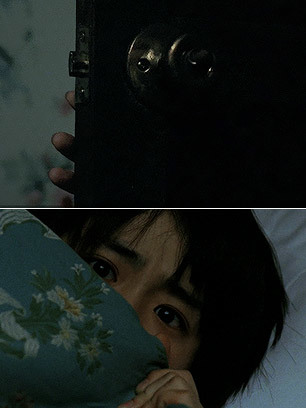 A typical element in horror/thriller movies to build up suspense. A character is in a room, we hear somebody (or something) approach on the outside. The music swells. The camera pans in on the door knob/handle, which slowly starts to move. Often there is a Reaction Shot of the character's face filled with horror.

The scene can take several directions from here, for example in the form of a Cat Scare, where the person entering turns out to be a harmless visitor.