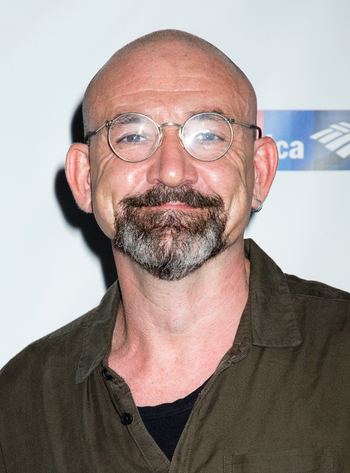 Ritchie Coster (born 1 July 1967) is an English actor. He is best known for playing the roles of Dietrich Banning in The Tuxedo (2002), Chechen in The Dark Knight (2008), Elias Kassar in Film/Blackhat (2015), Mayor Austin Chessani on the second season of the HBO anthology television series True Detective and Francisco Scaramucci / Mr. Blue on the Sy Fy television series Happy!.