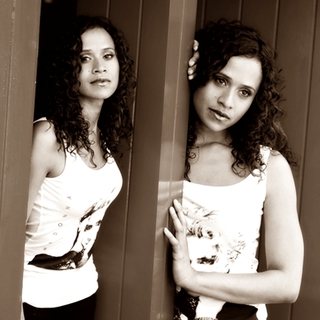 Angel Coulby (and yes, there is only one)
Advertisement:

A Guyanese-British actress (born 30th August 1980 in Islington, London) who has appeared in a number of British television shows, including small parts in Casualty, The Bill, Doctor Who and Hustle, before landing her best-known role as Guinevere in the BBC's fantasy series Merlin - a revisionist take on the character in which she grows from a lowly servant to the future Queen of Camelot.

Loved by directors for her versatility, and loved by fans for her ability to go from dorky to Regal to everything inbetween. So...they love her for the same thing really.

She has also done voice-overs for the L'Oreal Paris advertisements

Tropes associated with her career: