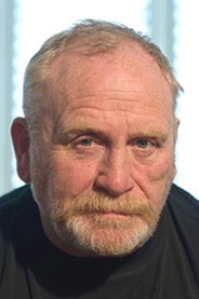 James Cosmo (born 24 May 1948 in Dumbarton, Scotland) is a Scottish actor.

He is perhaps best-known for his roles in classics such as Braveheart and Trainspotting, as well as recurring on Sons of Anarchy and Game of Thrones. Due to his wide frame, imposing stature and grandfatherly appearance, he often plays stern but fair authority figures. And Santa Claus — three times.