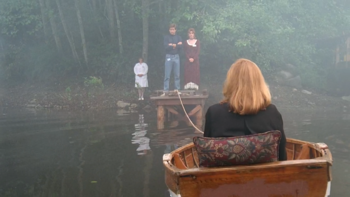 "Then my life felt as if it had been the length of one breath, one heartbeat."
Written by Glen Morgan & James Wong
Directed by R. W. Goodwin
"My apologies but... no one here can determine how Dana arrived at the hospital, administered and how she was attended to in such critical condition."
— Dr. Daly
Advertisement:

When Scully is mysteriously returned to a hospital, Mulder seeks answers for this sudden turn in events, not only going to X, but also a mysterious chainsmoker who has been lurking in the FBI's offices. He must do so quickly, as Scully's life is suspended in limbo with a slim chance of survival.

"I had the strength of your beliefs."