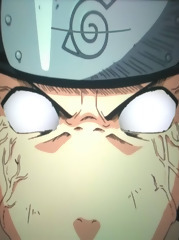 She blinked, and her Byakugan fell away in her confusion. "Neji?"
Her older cousin turned towards her, away from the dead bodies of her parents. There were no visible pupils nor irises in his eyes. They were orbs of pure lavender, tinged white. "Tell me, Hinata." He spoke. "Do you believe you can defy fate?"
— Hinata coming home to the Hyuuga Clan Massacre.
Advertisement:

by adamant39 is an Alternate Universe Naruto fanfic, with a unique twist on canon: what if Danzo, instead of having the Uchiha massacred, decided to appease them by having the Hyuuga Clan murdered instead...by Neji Hyuuga? Because of this change, Sasuke no longer grows up without a family, while Hinata, well, does. This leads to a number of major changes from canon, spiraling outward into a wildly different universe.