Tabletop Game / Monster of the Week 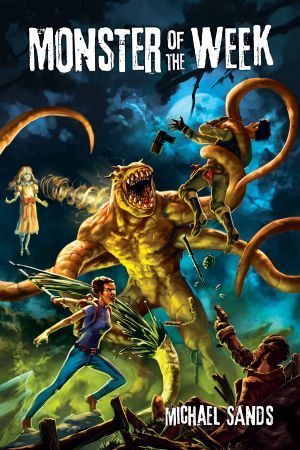 Monster of the Week is a Tabletop RPG designed by Michael Sands and Steve Hickey in 2012 and published on paper by Evil Hat Productions in 2015.
Advertisement:

The game is Powered by the Apocalypse and, as the title suggests, inspired by various Monster of the Week series like Buffy the Vampire Slayer, Supernatural, Fringe, The Dresden Files, and The X-Files. It is meant to be played episodically, with a group of monster hunter archetypes (a.k.a. playbooks) going after a new boogieman every session.

Not to be confused with the trope (which it obviously relies on), or the webcomic (which similarly takes influence from The X-Files).