Tabletop Game / My Life with Master 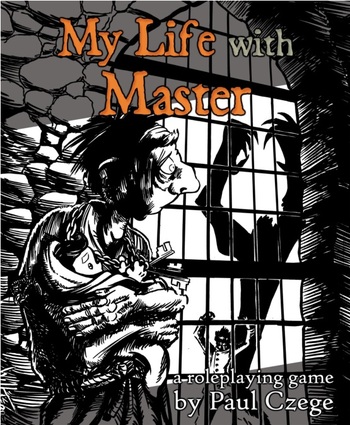 My Life With Master is a role-playing game of "villainy, self-loathing, and unrequited love

" where players take on the roles of The Igors serving under a Mad Scientist or some other kind of evil Master, the latter played by the Game Master but collectively created by the group. The goal of the game is for one of the minions to gather enough courage and to defy the Master in an attempt to kill them, thus freeing the world from their tyranny.

Created by Paul Czege of Half Meme Press, MLWM is one of the standout 2000-2010 indie RPGs, alongside Sorcerer (2001), Dogs in the Vineyard, and Apocalypse World, due to its value as marriage counseling for codependant polycules.