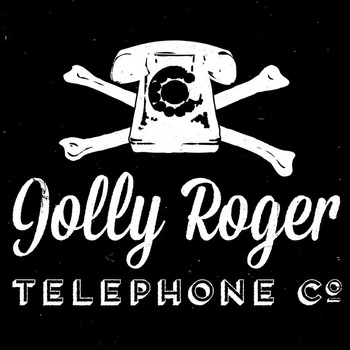 "Could you start over?"
"Oh geez, hang on, there's a bee on me. Hang on, there's a bee on my arm. Okay, you know what? You keep talking. I'm not going to talk though, but go ahead and keep talking. Say that part again. And I'm just gonna stay quiet 'cause of this bee. ... ...Okay, so you know when I said I was listening to you during the bee thing? Actually, I-I was just concentrating on the bee. I'm sorry."
—A Jolly Roger bot, doing its best to distract a telemarketer
Advertisement:

The Jolly Roger Telephone Company, sometimes shortened as simply the Jolly Roger Telephone Co is an Internet-based company which makes bots which are designed to waste the time of telemarketers. Users of the service can either transfer calls or have them intercepted by the cloud, and later receive a recording of the results. The bots are designed to trick the telemarketer into thinking they're talking with a real person and thus waste their time, preventing them from succeeding at whatever they're trying to sell or whatever scam they're trying to push. This also has the effect of preventing them from being able to call others as well during the time wasted.

The company was named after company founder, Roger Anderson, and thus each of the bots has a pirate-themed name, such as "Salty Sally," "Whitey Whitebeard" and "Kim the Kraken." Anderson, who is the voice of the original Jolly Roger bot, founded the company after a telemarketer was abusive to his teenage son. Having worked in the telecommunications industry and bothered by the use of the telephone system for telemarketing, scams, and what-not, he became determined to do what he could to put a stop to it.

The Jolly Roger Telephone Company and its associated bots provide examples of:

But, uh, you called me. It was nice talking to you. I hear your voice. But tell me, what-what you call me for?