Literature / The Girl Who Drank the Moon 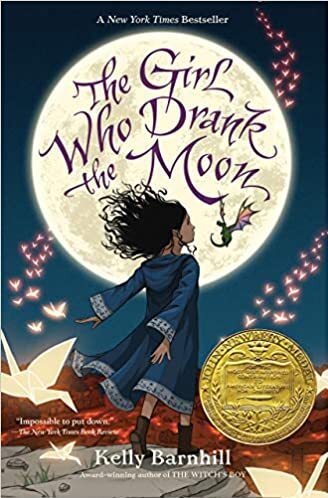 Her name is Luna.
Advertisement:

The Girl Who Drank the Moon is a fantasy book by Kelly Barnhill written for a middle-school audience. It won the Newbery Award for 2017.

Every year the Protectorate surrenders the youngest child to the Witch in the woods. Every year the Witch, confused by their bizarre custom, collects that child and delivers it to a new family across the forest. The arrangement has worked for five hundred years until one day when the annual sacrifice child shows magical potential and is adopted by the Witch to raise as her own.

In addition to the Witch the story follows the moon-child, a madwoman, a tiny enormous dragon, a carpenter, Star Children, a Sorrow Eater, and a swamp monster who composes poetry.