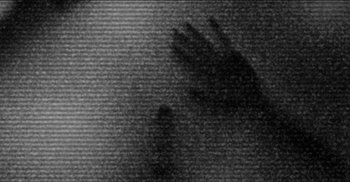 ‘It fizzes and burns. Acid and electricity on the tongue. The taste of static.’

'The Taste of Static' is a blog series written by Nicodemus Walker. The blog features surreal and often unsettling articles discussing urban legends, hoaxes and myths surrounding the internet, video games and new media. Though each article stands alone, there are hints towards a deeper lore which help to form a picture of the internet age as a mystical and dangerous place.

Articles include, but are not limited to:

"Helen.exe", a story of the effect malicious malware has on an aging relative's mental health.

"The Beribboned Door", a series of articles regarding a video game that told a different story to everyone who played it.

"The Ghosts Who Watch Children Sleep", the story of a group of elderly American women hacking into baby monitors around the globe.

"Hikikomori", an article regarding a popular online reality TV show shot in The Philippines.

"The Nadeux Machine", a proto-computer designed to answer questions of ethics in the 1700s.

The Miller Tapes, a series of VHS cassettes that detail the events leading up to the disappearance of a family in 1989.

The articles can be found here

The Taste of Static contains examples of: