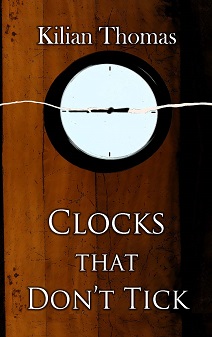 You can’t take things back. You can’t turn back time, no matter how much of it you have.
Advertisement:

Clocks that Don’t Tick is a 2014 dystopian novel set in a rotting world ruled by apathetic, immortal oligarchs known as the Bosses. It follows two five-hundred year-old bank tellers and a resurrected ‘Charlemagne’ in their attempt to escape their servitude. On the way, they are captured by the Revolution, a diseased horde bent on destroying the Bosses and protecting the girl they believe to be humanity’s salvation.