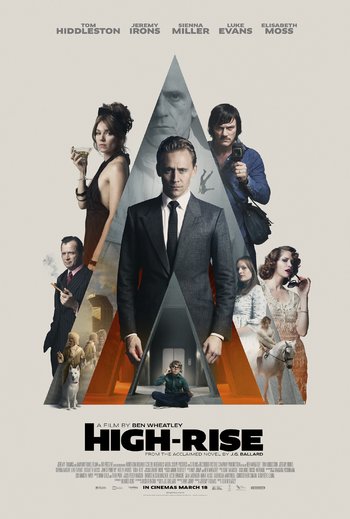 High-Rise is a 2015 British thriller directed by Ben Wheatley, starring Tom Hiddleston, Jeremy Irons, Sienna Miller, Luke Evans, and Elisabeth Moss. The screenplay by Amy Jump is based on the 1975 novel of the same name by J.G. Ballard.

The film centres around a tower block that is insulated from the outside world. As the infrastructure fails and tensions between the lower and upper floors escalate, the residents become violent and the situation spirals out of control.