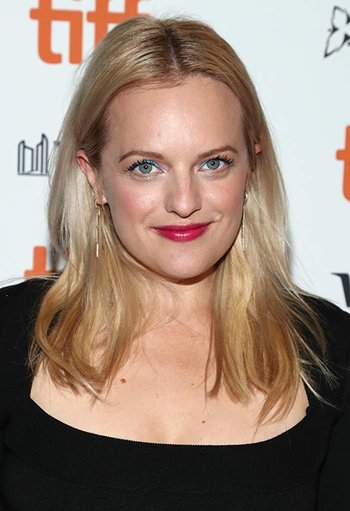 She's best known as Peggy Olsen on Mad Men, and before that as Zoey Bartlet (the President's daughter) on The West Wing, and can also be seen in Girl, Interrupted, Did You Hear About the Morgans?, Get Him to the Greek, and the adaptation of Jack Kerouac's On the Road. You can hear her as a child in the animated film Once Upon a Forest, where she voiced Michelle. She also voiced Holly in Frosty Returns. She starred in both seasons of Top of the Lake. Moss is also starring in the Hulu series The Handmaid's Tale in 2017, for which she won the Emmy Award for Best Actress.