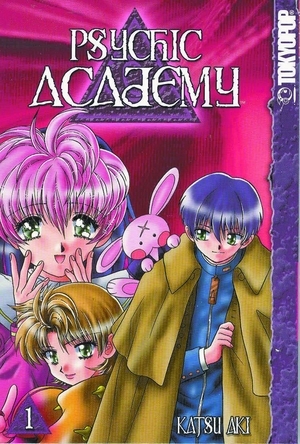 The story follows the life of Ai Shiomi, a boy with psychic powers, also known as "aura power" in modern day Japan. This ability has emerged in the world, but not all people have it. Aura power itself allows certain elements such as fire, water, ice, wind, lightning, earth, and light to be used by those who have the ability. Which type of power they can use depends on their aura and what they are taught.

Ai agrees to attend the Psychic Academy School after being pressured by his brother. The school is where the elite students go to learn how to use their elemental aura power. Ai knows that somewhere within the Academy is his childhood friend Orina. At school however, she is known as Saara, after her aura code. On his way to his first day at school, Ai encounters a girl named Myuu (Mew). She is another student at the Academy and is a very quiet, seemingly moody girl. Ai also learns that his older brother Zero, a legend amongst those with aura powers, will be one of his teachers.

As Ai struggles with his new school, a life he is not sure he wants; a crazy rabbit takes him as his student. His feelings for Orina and Myuu begin to develop and contrast as the school year progress. Ai also makes discoveries about his rare light aura. To further complicate things, a group of researches try to artificially awaken the dormant aura genes within all humans, heedless of the danger and damage to society it might cause.

A character page is currently in the works.