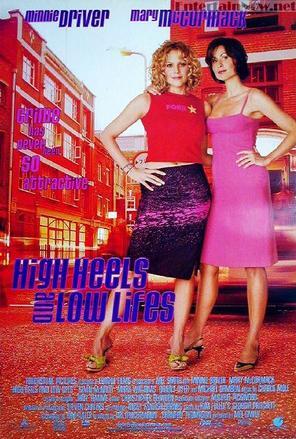 Shannon (Driver) is a London nurse who finds her boyfriend Ray, a "sound sculptor," becoming increasingly dull and inattentive. When he forgets her birthday, she decides to hit the town with best pal Frances (McCormack), an American actress wasting her time in terrible small-theatre productions and low rent voice-over work. Returning to Shannon's apartment, the girls overhear a cell phone conversation on Ray's scanner detailing a multi-million pound safe-deposit box robbery going on at a nearby bank. When police are uninterested in their information, the girls get the idea to blackmail the robbers to get a share. The criminals, led by the hard-as-nails Mason (McNally), counteract with their own scheme, and the caper begins to go wildly out of control.