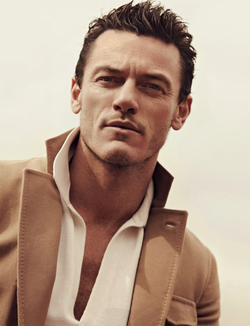 Luke George Evans (born 15 April 1979 in Pontypool) is a Welsh film and theatre actor. He's perhaps best known for his role as Bard the Bowman in The Hobbit trilogy, Owen Shaw in The Fast and the Furious series, Vlad the Impaler / Dracula in Dracula Untold, and as Gaston in Beauty and the Beast.

No relation to brothers Chris and Scott Evans.