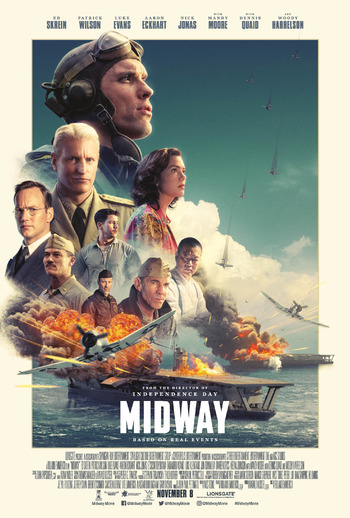 "Today, we’re going to be underdogs. Today, we prove the American Navy isn't a joke!"
"We’re talking about a couple dozen planes against all the Japanese fleet. This isn’t a fair fight."
— Lieutenant Dick Best

Midway is a 2019 war film directed by Roland Emmerich.

The story is about the Battle of Midway in June 1942 during World War II, told by the leaders, pilots and sailors who fought it.

"You’ll remember this moment for the rest of your life."