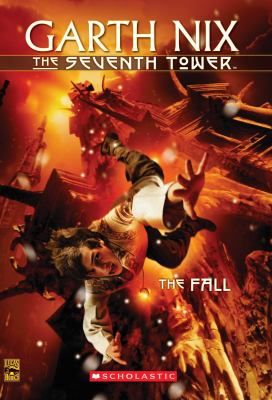 A six-book fantasy series by Garth Nix concerning two groups of people living in a world of complete darkness, thanks to the Veil, a powerful black shadow that envelops the entire planet and blocks out the sun: the Chosen, a group of light-manipulating magicians who live in a multicolored Castle and believe themselves to be superior to everybody, and the Icecarls, a warrior race eking out an existence on the endless Ice beneath the Castle. The two do not mix (indeed, the Chosen do not even realize the Icecarls exist), but are thrust together when an ancient war between the the people of the Dark World and the spirit realm of Aenir threatens to flare up once again.

The books follow Tal Graile-Rerem, a young boy of the Orange Order of the Chosen, and Milla of the Far-Raiders, an Icecarl girl in training to become a Shield Maiden, as circumstances force them to rely on and trust one another and they attempt to unravel the ancient secrets surrounding the Castle and the war against Aenir, so long ago.