Literature / Shadow of the Conqueror 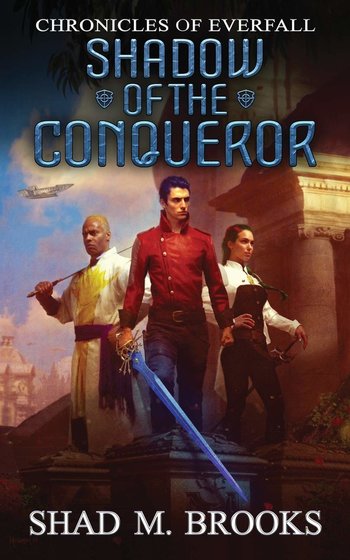 "I leave this letter so the world will know the truth. Dayless the Conqueror died hating himself and his whole life. As meaningless as these words are, I'm sorry."
—Daylen Namaran
Advertisement:

The first installment in Chronicles of Everfall, a Dungeon Punk World in the Sky setting by Shad M. Brooks, also known as the host of Shadiversity.

Who better to fight back the darkness of the world than the one responsible for most of it?

Daylen, once known as the Great Bastard, the Scourge of Nations, Dayless the Conqueror, has lived in hiding since his presumed death. Burdened by age and tremendous guilt, he thinks his life is coming to an end. Unbeknownst to him he’s about to embark on a journey towards redemption where his ruthless abilities might save the world. Many battles await with friends to be made and a past filled with countless crimes to confront, all the while trying to keep his true identity a secret.

Indeed, it might be too much if not for the fabled power awaiting him.