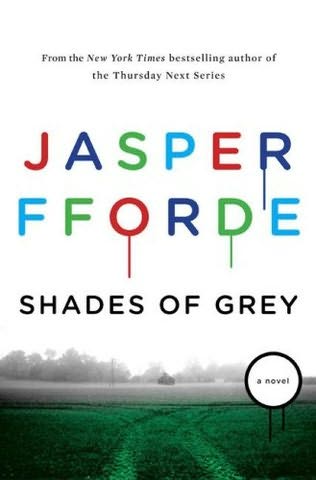 JOE? Who's Joe?
Apart We Are Together.
Advertisement:

Over seven hundred years into the future, following a vague Something That Happened, the country of Chromatacia lies where Britain does today. The human race has transformed into an androgynous-looking race of people with very small pupils that can see one and only one color, all others appearing as shades of grey. Your social standing depends entirely on the one color you can see; those who see purple belong in the aristocracy, whereas those who see red are the working class. Achromatics, or "Greys", cannot see any color at all, and thus they're little more than slaves. These humans share the world with many species of giant, mutant creatures, including killer trees. Most oddly, every living creature has a barcode pattern growing naturally somewhere on their bodies. The entire country is run in the manner of a British boarding school, to the point where a person's worth is measured on how many merits they have.

Our protagonist is Eddie Russett, a young man and member of the House of Red. As punishment for having humiliated a prefect's son, he is banished to the village of East Carmine for a month of menial labor, along with his father, who is sent to replace the village's recently-deceased medical practitioner. After making himself at home and meeting the quirky locals, he falls head-over-heels for a feisty Achromatic named Jane, whose violent temper is as rare in Chromatacia as is the shape of her nose. Smitten, Eddie begins to stalk her, and in doing so he accidentally stumbles on an incredible secret, one that will rock their world to its foundation. Together, for better or worse, Eddie and Jane become the seeds of a revolution...