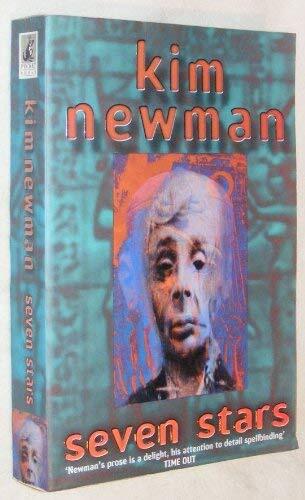 Seven Stars is a novella/series of linked short stories by Kim Newman, part of the Diogenes Club series (more or less).

The plot revolves around an Artifact of Doom, a large blood-red gem called the Seven Stars, which resurfaces at various points in history. Each chapter is set in a different decade and features a different set of Newman's characters, opposed by successive generations of the villainous Mountmain family.

Originally published in the anthology Dark Detectives, Seven Stars has been republished in two collections, Seven Stars in the UK and Mysteries of the Diogenes Club, which each package it with a selection of stories introducing the featured characters.