Series / When They See Us 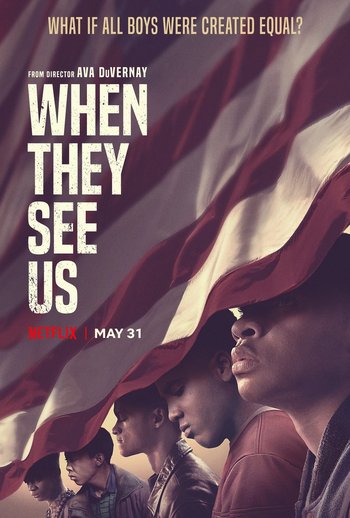 . After five young men in Harlem are accused of beating and raping a jogger in Central Park, the police coerce them into confessing. In spite of the many holes in the prosecution's case, they are convicted at trial. As four are released after serving time in prison, they have to struggle in getting back their lives.