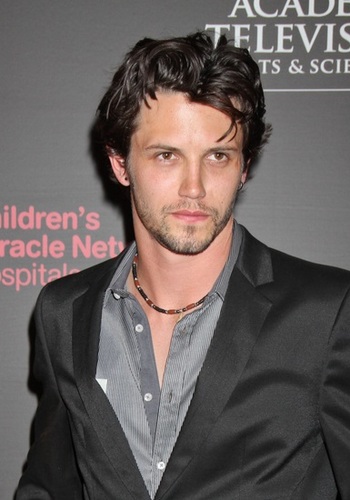 Nathan Dean Parsons (born June 16, 1988) is an Australian-born American actor, known for his work in daytime television on the ABC daytime soap opera General Hospital as the character of Ethan Lovett. He also had roles on primetime television shows as vampire James Kent on the seventh and final season of the HBO drama series True Blood, and the role of exiled werewolf Jackson Kenner on The CW drama series The Originals. Recently, he has been on Once Upon a Time as Hansel/Jack/Nick Branson and is currently portraying the lead of Max Evans in The CW series Roswell, New Mexico.