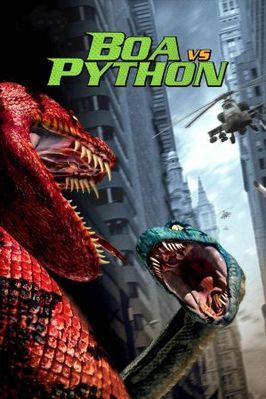 Get Ready to Rumble!
Advertisement:

A dangerous cargo containing a genetically engineered super-python is lost, again. This time the giant python escapes due to it waking during transport on a highway. To track it the CIA recruits the aid of a snake focused herpetologist and marine biologist who specializes in tracking equipment to apply the latter's tools to the former's giant boa constrictor. The hope, that the boa's tracking abilities and keeness to seek out a rival will help them locate and eliminate the python. At the same time, the amoral tycoon who arranged for the python's genetic engineering as the ultimate sport sets out with his team of big game hunters.