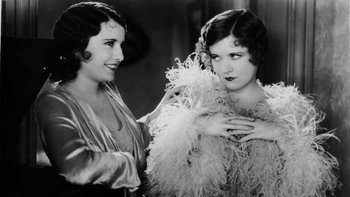 This early sound film follows the story of prostitute Kay (Stanwyck) who falls for WASP painter Jerry (Graves) and their struggle to love despite their class difference.

This film began the director-actor relationship between Stanwyck and Capra which would result in three more pre-code films note The Miracle Woman, Forbidden, The Bitter Tea of General Yen and Meet John Doe.

Fun fact: There is a sound and a silent version of this film (characteristic of this transitional period in film history), but whether with or without spoken dialogue, both versions highlight Joseph Walker’s gorgeous cinematography.