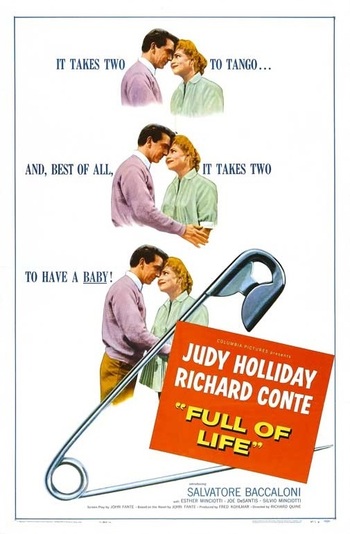 Emily (Holliday) and Nick Rocco (Conte) are expecting their first child. But when their kitchen floor breaks and they need expensive repairs, Nick must visit his family to get his Italian-immigrant father (Baccaloni) to fix it for him.

Nick clashes with his father’s old-world wisdom and meddling while Emily tries to reconcile the two in this sweet comedy about family and generational differences.