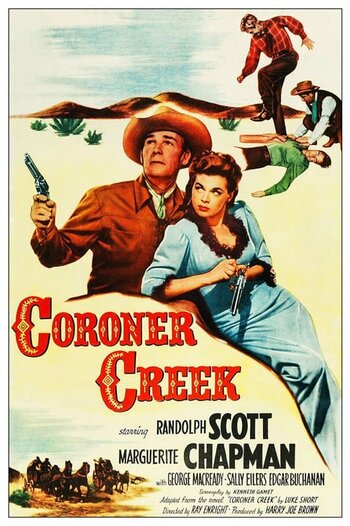 Coroner Creek is a 1948 American Western film directed by Ray Enright and starring Randolph Scott and Marguerite Chapman. It was based on the novel of the same name by Luke Short.

With the help of Kate Hardison, the Coroner Creek hotel keeper, gunslinger Chris Danning learns that Younger Miles is the man who killed his fiancée. Chris is hired by rancher Della Harms as her foreman, and plots his revenge against Miles. But one of the Miles' henchmen cripples Chris' trigger-hand.