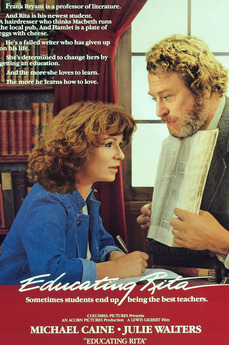 A working-class girl from Liverpool wants to improve herself by studying literature. Her assigned Open University professor is Frank, an alcoholic. Rita struggles to maintain her relationships with her working class peers while trying to fit in with the educated middle-class. Rita's belief that the educated have better lives and are happier people is challenged throughout the script.

A film version was made in 1983 directed by Lewis Gilbert and starring Julie Walters, Michael Caine, and Maureen Lipman.