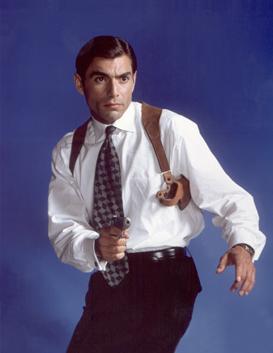 Fortune Hunter was a series on Fox Network in 1994, starring the late Mark Frankel as the super-spy Carlton Dial.

Dial is an ex-government agent whose high-risk assignments take him to exotic locales and into extreme danger, all in the name of recovering some of the world's most sought-after items – classified information, complex weapons systems, and the occasional endangered species, which have fallen into the wrong hands – for a handsome fee.

Dial is now working as a master agent for the Intercept Corporation, a high-tech global recovery organization based in San Francisco. Dial and his partner, the affable Harry Flack (John Robert Hoffman of Adventures in Wonderland fame), execute incredibly complex plans to retrieve these valuable items, depending on split-second timing and an astounding array of sophisticated electronic gadgetry.