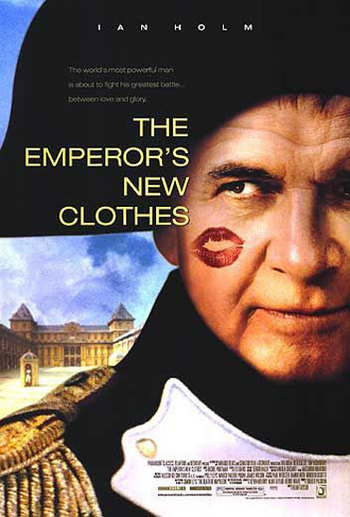 A 2001 British historical romantic comedy film, directed by Alan Taylor and based on Simon Leys' novel The Death of Napoleon, which stars Ian Holm as Napoléon Bonaparte.

The film is based around the premise that Napoleon escaped from his second imprisonment at St. Helena, but that he failed to meet up with the contact man who would have taken him to Paris to start another revolution, that man having died. Thus Napoleon is forced to walk to Paris as a common beggar, falling in with a woman who sells melons on the street. Meanwhile the lowly Private chosen to serve as his body double takes a liking to the life of an emperor, even an exiled one, and refuses to admit that he is not Napoleon. Lacking any way to prove he is who he says he is, the real Napoleon lives a humble life, eventually growing to embrace it and falling in love with the woman who helps him.

As you can see, this should definitely not be confused with the Hans Christian Andersen story.