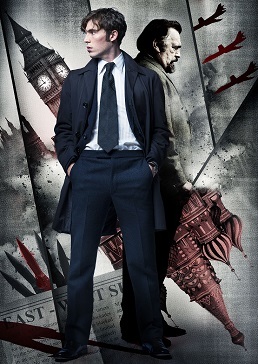 Will they raze us to the ground with a nuclear strike? Or will they infiltrate and destabilize us from the inside?
— Sarah Montag
Advertisement:

The Game is a British Cold War spy drama that takes place in London in the 70s. The Game was created and written by Toby Whithouse (Being Human, Doctor Who).

The Game follows a young MI-5 agent named Joe Lamb and a small team of operatives setup by spymaster 'Daddy' to figure out and counter Soviet Operation Glass, protect their only source 'Arkady' and neutralize the mysterious and deadly soviet operative 'Odin'. The group includes:

At the same time the team as trying to figure out 'Operation Glass', they have to watch their own backs and question each other's loyalties. Is Joe blinded by the need for vengeance? How far would Bobby Waterhouse go in his political schemes to overthrow Daddy? Is Daddy still competent to handle the current threat? Can their sole source, the mysterious and withholding 'Arkady', be trusted? Is 'Operation Glass' itself a huge distraction or even the result of cold war paranoia on both sides of 'The Game'. Is there a double-agent among them and can anyone be trusted?