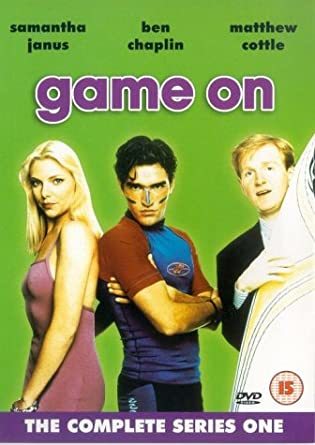 A mid-90's Britcom about a trio of flatmates in their mid-twenties.

Agoraphobic and Ambiguously Bi Jerkass Matthew rents out his home to home to his naive, virginal school friend Martin and gorgeous, but frustrated blonde Mandy.

Though not especially outstanding and now largely forgotten, the show might be regarded as something of a bridge between the earlier and more famous Men Behaving Badly and the later Coupling in integrating an equally (if somewhat differently expressed) dysfunctional female point of view into the show. Mandy was not a wise outsider remaining above the action, but a protagonist in her own right, fully as flawed as the men.

No relation to a 2013 European Disney sitcom. Or the 2015 Canadian teen sitcom.

This program features examples of: