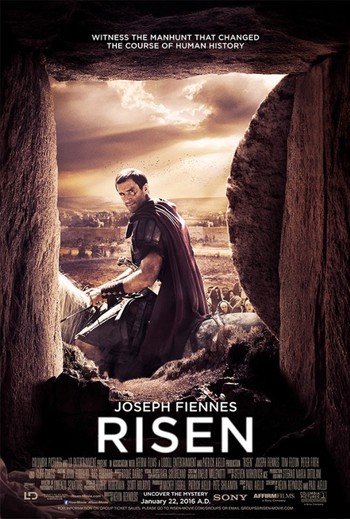 Risen is a Biblical drama film from Columbia Pictures, starring Joseph Fiennes and Tom Felton and directed by Kevin Reynolds. It was released on February 19, 2016. Fiennes plays a Roman tribune named Clavius who keeps the peace in Judaea and Felton plays Lucius, Clavius's aide.

Clavius is ordered to find the missing body of the recently executed rabble-rousing preacher Yeshua (Cliff Curtis) after it disappears from its tomb, as the governor Pontius Pilate (Peter Firth) is concerned about Yeshua's followers, who claim he rose from the dead, and other malcontents possibly causing unrest during an imminent visit from the Emperor.