Film / The Boys in Company C 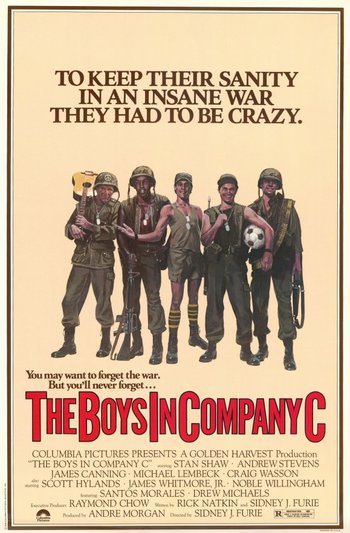 Before Platoon and Full Metal Jacket, there was The Boys in Company C.

A 1978 The Vietnam War movie, directed and co-written by Sidney J. Furie, that follows five newly-inducted U.S. Marines — Brisbee, Fazio, Foster, Pike, and Washington — as they go from basic training to combat in Vietnam.

Notable for featuring R. Lee Ermey in his first screen role, as (what else?) a drill instructor.