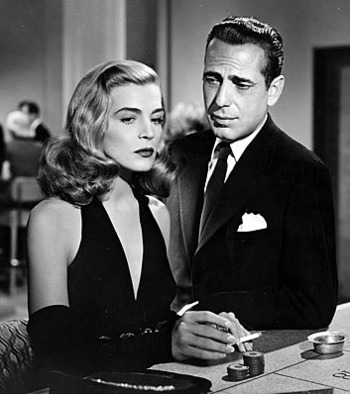 "I'm not the type that tears do anything to. I'm the brass-knucks-in-the-teeth-to-dance-time type."
— Murdock
Advertisement:

Captain Warren "Rip" Murdock (Bogart) and Sgt. Johnny Drake (William Prince) return from Europe after being wounded in World War II and are being ordered to travel to Washington D.C. When Drake learns that he will be awarded with the Medal of Honor, he runs off to Gulf City. Murdock follows him to learn why Drake disappeared, only to find that Drake died in a car accident. Not believing in an accident, Murdock investigates Drake's past...

Not to be confused with Mission Impossible – Dead Reckoning.