Film / The Tiger Makes Out 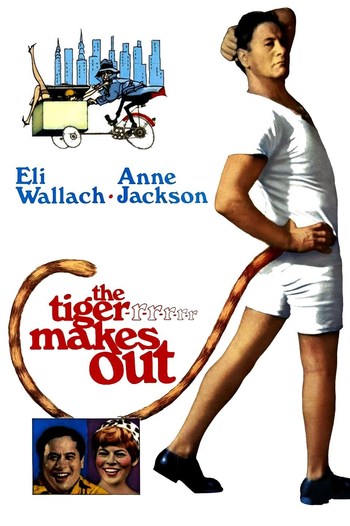 The Tiger Makes Out is a 1967 American Black Comedy film directed by Arthur Hiller and starring Eli Wallach and Anne Jackson.

Ben Harris (Wallach) is an alienated Greenwich Village mailman who decides there's no better way to get a girl than by kidnapping her. Targeting an attractive young woman, a mishap ends up causing him to capture a middle-aged housewife, Gloria Fiske (Jackson) instead. With no alternative, he makes do with the person he has caught, but she proves to be not quite what he envisaged.

Dustin Hoffman makes a brief appearance in his film debut.