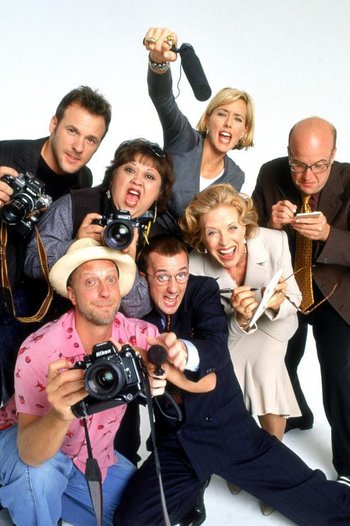 The Naked Truth is an American television sitcom staring Téa Leoni and Holland Taylor. It ran from 1995 to 1998. The show is set at The Comet, a celebrity tabloid magazine. Nora Wilde, a notable photographer, joins the paper out of a lack of other options and soon finds herself engaged in wacky schemes to dig up dirt on the celebs. Later seasons greatly changed the basic nature of the show.

(Not to be confused with the 1958 film of the same name, though it also involves tabloid journalism.)