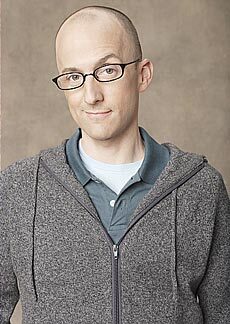 James Rash (born July 15, 1971 in Charlotte, North Carolina) is an American actor, comedian, and filmmaker best known for playing Dean Craig Pelton on Community. He's also written and directed a few films with comedy partner, Nat Faxon, including The Way, Way Back and Downhill; additionally, the pair won the Academy Award for Best Adapted Screenplay for writing The Descendants.